The earliest use of fragrance was probably during Egyptian times when an incense type fragrance was burned to please the gods. The word perfume, in fact, is derived from the Latin word per fumus, which translates “through smoke”. Originally only the priests were allowed to be involved with scents through worship ceremonies, but soon the higher placed Egyptians became interested in this god-pleasing substance. So revered was fragrance that one of the first uses of scarce Egyptian glass was for the creation of perfume bottles. Perfumes have been sought after by humans for thousands of years and continue today to grab the interest of men and women, both young and old, around the globe. The oldest perfume discovered to date was 4,000 years old – found in 2003 on the island of Cyprus and, surprisingly, it wasn’t one isolated bottle. The discovery was of a 4,000 year old perfume factory! Artifacts recovered from this site include perfume bottles, mixing jugs and stills.

As time marched on, fragrance found footholds in Rome, Persia and Arabia. Early Romans were known to apply perfume to walls and floors – and horses and dogs! Particularly well off party hosts offered a perfume fountain for the guests’ enjoyment. (Talk about income inequality!) Not to be left out, the Greeks may have first used perfume in the form of alcohol-less mixtures of fragrant powders and heavy oils.

Two Iraqi chemists are given credit for really moving the perfume industry along. Jabir (born 722) developed efficient distillation techniques and Al-Kindi (born 801) created and recorded a large inventory of perfume recipes and is acknowledged as the founder of the perfume industry. Later the Persian, Avicenna, further refined the distillation process of extracting oils from flowers and is known for creating the very popular product of rose water.

Interest in fragrance lost its momentum after the fall of the Roman Empire, the invasion of the Barbarians and the many wars that broke out. The rise in Christianity also had a sobering effect on perfume as the view grew that scents were “useless”. When trade returned in the 12th century, so did a renewed interest in the advantages of perfume and, in 1370, the Hungarians created the first modern perfume, “Hungary Water”. (True perfumes are defined as extracts that also contain some oil distilled in alcohol.) The Renaissance period saw Italy contributing but it was truly France that lay claim to being the European center of perfume and cosmetic manufacture. 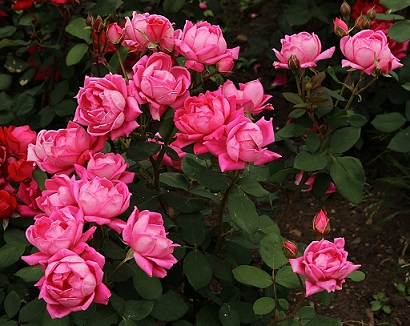 The need to mask unpleasant body odors propelled the use of scented leather gloves in 1656 into the forefront. King Louis VIII’s court was named “the perfumed court” as scents were used on skin, clothes, fans and furniture – and visitors. (Probably where department stores got the idea.) Grasse, France was recognized as the place where the best glove perfumers were located and also where many of the flowers and botanical ingredients were grown for the trade, while Paris came to be known as the commercial world center of the perfume industry.

The evolution continued and the 18th century gave perfumery a boost with the creation of Eau de Cologne by a young Italian named Jean Marie Farina. This new fragrance product, a refreshing blend of rosemary, neroli, bergamot and lemon, was popularly used for – everything, it seems – including both internal and external applications.

The 19th century brought changing tastes and the development of modern chemistry and in 1900 the World Exhibit in Paris featured a Perfume Pavilion. Fragrance houses emerged in Europe and the perfume bottle, the wrapping and the inevitable advertising began to play a role in the success of a perfume.

1921 was the year the classic Chanel No. 5 was created for Gabrielle Chanel. This perfume was also notable for the fact that it had one of the most expensive ingredients in the industry, fine Rose Absolute, which cost thousands of dollars an ounce. Also in the 1920′s was the unveiling of the first perfume with both natural and synthetic scents, a scent presented by Francois Coty. The 1930′s featured leather and floral fragrances, the 1940′s offered new floral scents, and the 1950′s saw Christian Dior, Nina Ricci and other designers herald in the glory days for French perfumery. The 1950′s also saw the advent of scents for men. The 1970′s headlined white florals and florientals, such as Yves St. Laurent’s Rive Gauche. The United States began to make its influence known next. Perfumes became associated with wardrobes and variety. One of the first US launches was Charlie by Revlon and the years of the designer perfumes had really begun. Estee Lauder, Giorgio, Christian Dior and Calvin Klein offered their version of a scent.Synthetics made perfumes affordable for a wide range of people. 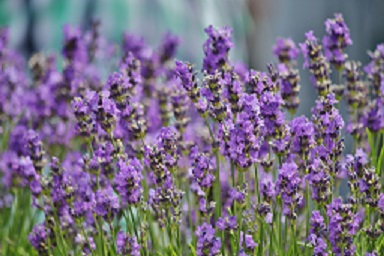 In stark contrast to previous decades, and due solely to the development of synthetic fragrances, over 30,000 designer perfumes are available today. Chemistry, by isolating smell molecules, had unbound the world of fragrance from what is found in nature. What an individual could imagine in his brain could now be a possibility. And this new creative playing field saw rise to a whole new profession; the perfume designer, or “nose”.