The Sex Life of Sponges! 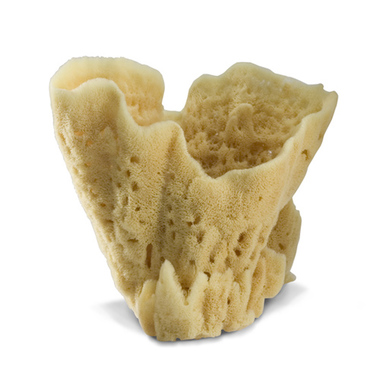 Hi! I’m a sponge! And, I occupy my own special place in the animal kingdom (called Phylum Ponifera–no doubt because I’m so irrepressibly porous). In the scientific scale of things that puts me one giant step up from those boring old Protozoa, and one step removed from the Coelenterata–which, if you ask me, is a pretty fancy name for a bunch of slimy jellyfish and polyps–definite low lifes.

Now you, like many early naturalists, might have mistaken me for a plant. That’s okay. No offense taken. Although those jokes about me being spineless aren’t particularly appreciated…

So, what makes me an animal? Well, the explanation gets pretty technical but there are a couple of critical points.

First, I digest solid food (mostly bacteria–yum!, poor defenseless microorganisms, and the occasional bit of organic debris). I don’t have to go uptown to get a decent bite to eat. I just sit around and help myself to all the water-borne particles I like, as they flow through my rather sophisticated system of internal canals and secret passageways.

Second, and best of all, I have sex! No foolin’! In fact I can even have sex with myself! But it’s actually more fun when one of my choanocyte cells captures a spermatozoan that’s been released by another sponge and hands it over to one of my eggs. Nine months later…kaboom!

Okay, so it’s not nine months later. And it’s not really kaboom either. Actually, I develop rather quickly from an embryonic to larval form and then leave mom (or was that dad?) and go swimming off in search of a nice safe place to attach myself. There, depending on the region (in particular, the water the temperature), I’ll usually grow to maturity between spring and autumn.

I can live up to twenty years. But I’ll be big enough to start getting up close and personal with you in your tub after about seven years. Plus, if I’m harvested carefully and correctly, I’ll grow back! In fact I can completely regenerate from a single cell. My chances for survival are much better if I’m carefully cut (instead of pulled, twisted, torn, yanked, or otherwise abused) from my rocky anchorage with a very sharp knife. That way, there’ll be enough left of my root system (and charming personality) to quickly re-make myself in my own image.

That’s where my main man Jim Cantonis comes in. He’s a sponge processor in Florida. That means he selects the best sponges the divers bring in and then his crew cleans, sorts, and cuts them to size. Jim only deals with divers who obey the Florida law, and my squeaky-clean buddies up at Baudelaire only deal with Jim.

The aforementioned law stipulates (which is not the same as stippling that artists do with sponges like me) that only sponges over 5″ in diameter can be harvested.And they must be cut with a knife so they can regenerate. In fact, Jim’s lobbying to increase the minimum size to 6″ to keep the beds from being over harvested and ensure a better selection for the future.

Jim knows sponges. In fact he knows us so well he can often determine the water depth and the general area we came from just by looking at us and studying our density and composition.

So how did this guy get to know me and my people so well? His family has been in the sponge business for four generations. In fact, he started sorting sponges when he was only ten.

His great grandfather Michael was processing sponges on the coast of Greece in the late 1800s. When some Florida businessmen realized the potential of the rich sponge beds in the Gulf of Mexico they asked a bunch of Michael’s in-laws (some of whom, it appears, may also have been outlaws) to come over and start harvesting them. They, in turn, brought over Jim’s father and his brothers to work as processors–and the family’s been in the center of the Tarpon Springs sponge trade ever since.

Jim and his crew mostly process elegant soft Wool sponges and Grass sponges–for those who like a little more scrubbing power. 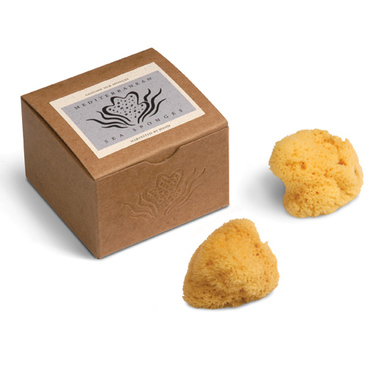 The other type of sponge you should know about is the Silk. They’re small and really fancy–”cosmetic facial sponges” people call them. And they come only from the Mediterranean.

Well, thanks for taking time to learn about me and my people. It’s okay if you can’t remember all the details. But don’t forget my motto: “Buy Sponges. Don’t Be One!”